Angles measure the amount of turn, or change of direction.

In geometry, angles are seen when two lines join at a point.

Angles have names, depending on the amount of turn in the angle. 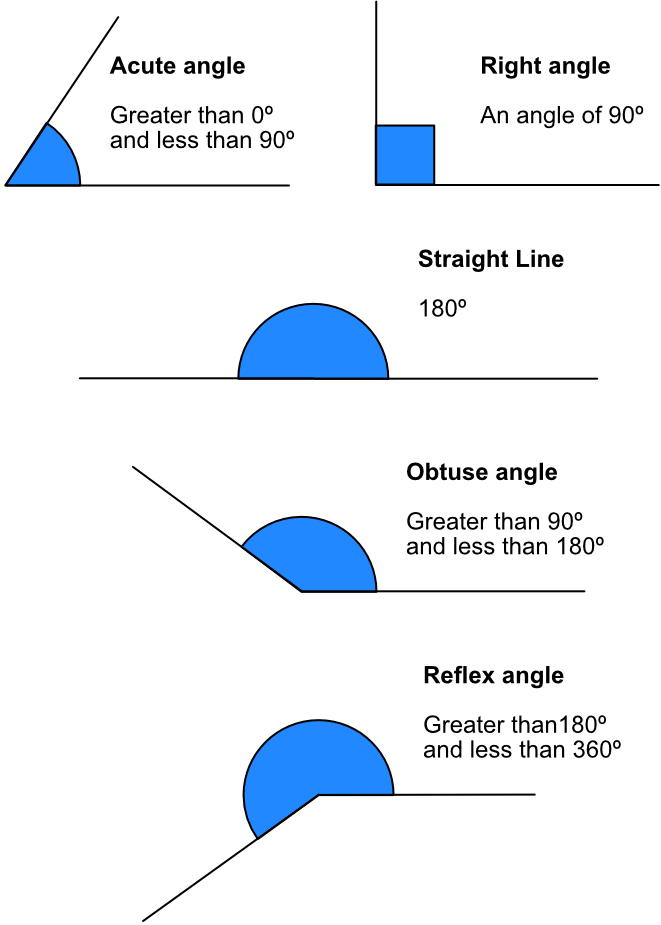 Four angles of the same type make up the inside angles of a square. What is the name of that type of angle?