Angles in a Triangle

Angles in a Triangle

A triangle has three sides and three angles.

The angles in a triangle always add up to 180º.

Higher students: the number of degrees in a triangle can be derived using Alternate Angles:

Angles at A and B (blue) are alternate angles;

Angles at A and C (red) are alternate angles;

Therefore the number of degrees in a triangle is 180. 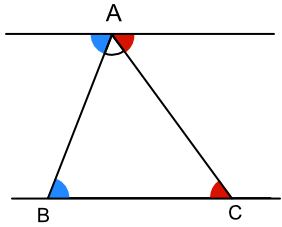 What is the size of angle A? 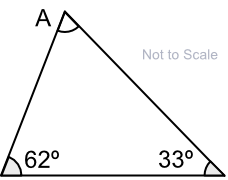 What is the size of angle B? 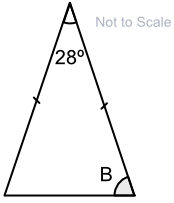 It is an Isosceles triangle. Two sides of the triangle are the same length (shown by the marks on two of the lines); therefore two angles also have the same value.