Conditional probability is based upon an event A given an event B has already happened: this is written as P(A | B) (probability of A given B).

In Venn diagrams, this is the intersection set divided by the set being considered. 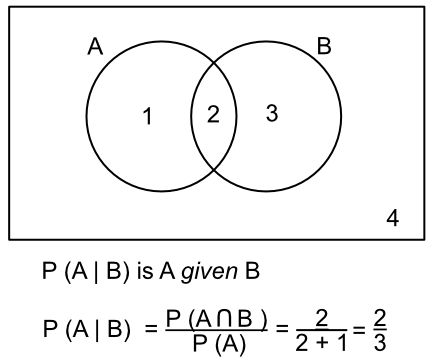 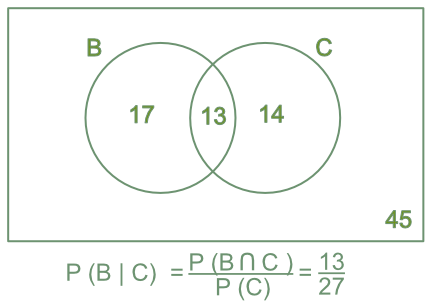 The Venn diagram shows students that are studying a language subject (French, Spanish and German). What is the probability of a student studying three subjects, given that they are studying at least two subjects? 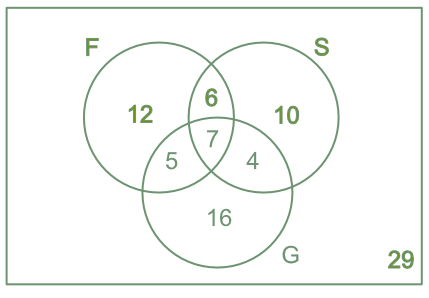