Check which scale is being used on the protractor: in this case, the zero lying on the line is the zero from the outer scale.

Read around the scale to the desired angle: for example, 48º: Make a mark on the paper at that point on the scale. 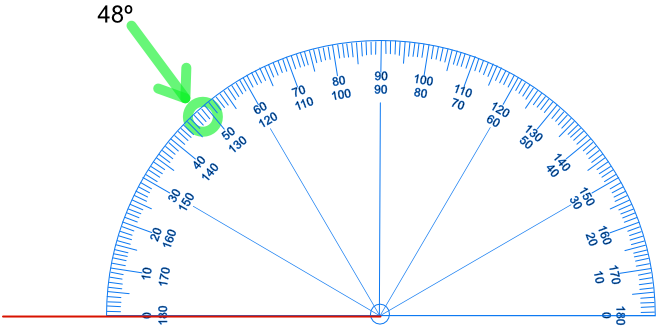 Set the protractor with the centre of the protractor on the point. Read from the zero scale that lies on the line (the outer scale). Read round to mark 122º, and draw a line from the point of the angle through this point.

Most protractors measure up to 180º. The required angle is greater than that. 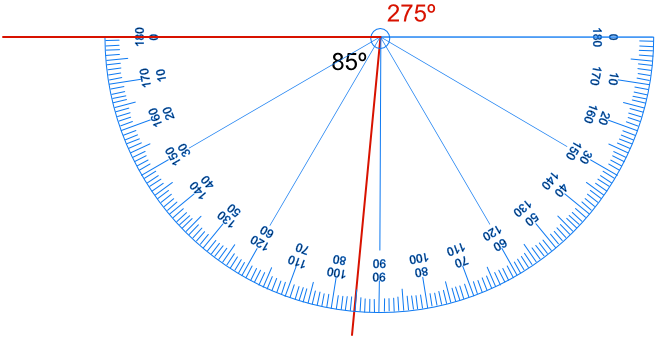