Vectors can be multiplied.

The multiplier of the vector is called a scalar. A scalar can take any numeric value, including negative amd fractional values. 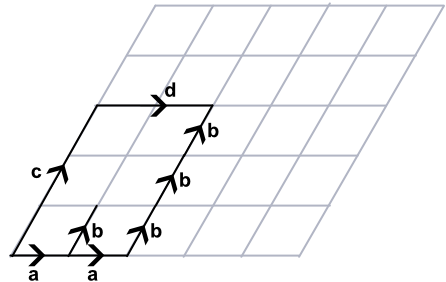 State the resultant vector `vec(AB)` in terms of a and b. 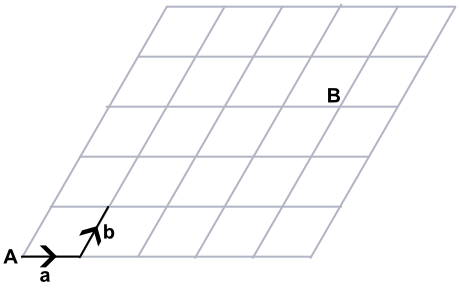 State the resultant vector `vec(CD)` in terms of e and f. 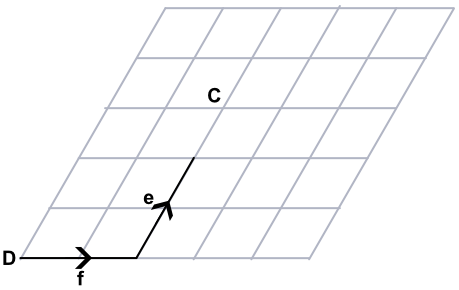