Probability events can be allocated to sets. The sets can then be analysed by using Set Theory or Venn Diagrams.

The universal set consists of all possible events.

For a given outcome, all the events that are possible for that outcome will belong to the same set. 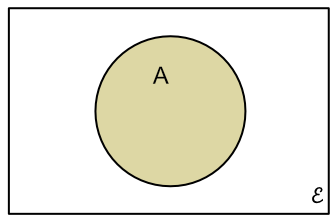 The probability of a given outcome is:

The probability of an event A not happening is P(not A). In set terms, this is shown as 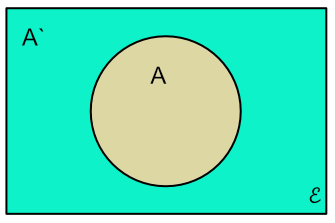 When a probability can be an outcome in A AND B (A #intersection# B, or `A nn B`) then the overlap of sets A and B are considered. 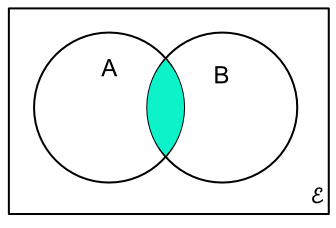 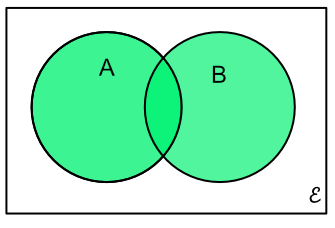 Two fair dice are thrown. Using a Venn Diagram, what is the probability of `O uu P` where O is the set of odd numbers and P is the set of Prime numbers? 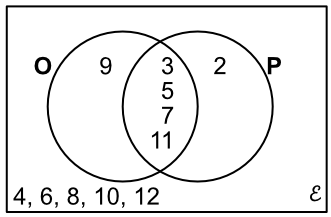 With the Venn Diagram, above, what is the probability of `O nn P`?