Similarly, an individual interior angle can be calculated from the number of sides:

The sum of the interior angles

and an individual angle:

A line drawn across a polygon to create a triangle creates an Isosceles triangle. Angle CAB is equal to angle ACB. 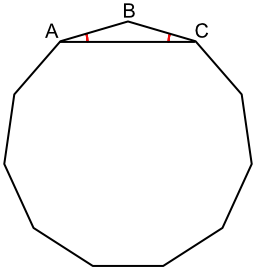 A regular polygon has an interior angle of 150º. How many sides does the polygon have?

What is the size of angle A? 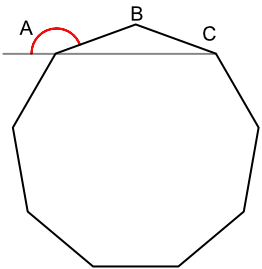 The shape ABC is an Isosceles triangle: