A graph that shows Time Series Data is a plot of value against time, with time shown along the bottom of the graph.

More than one set of data may be plotted on a graph: for example, plotting a comparison of rainfall between two different places.

The sales of widgets are noted on a table for each Quarter over the previous three years. Plot the time series on a graph.

Remember to title the graph, and to name the axes and provide scales. 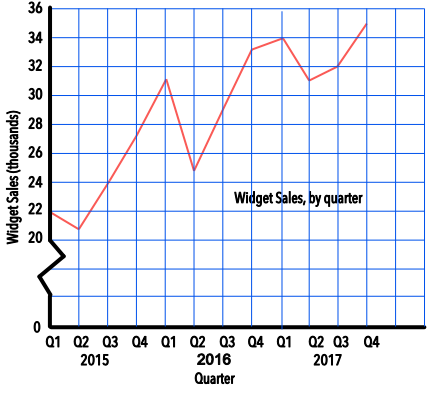 For the sales of widgets, above, plot the 4-quarter moving average on the same graph. 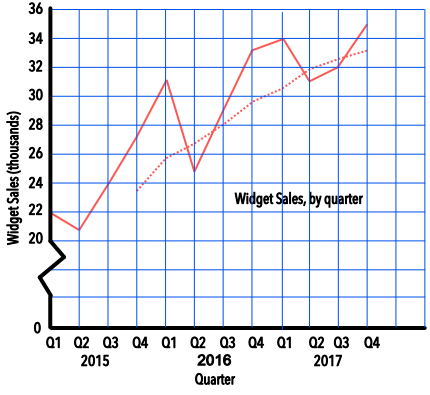