Vectors can be used as geometric proofs, by examining the relationship between lengths and co-ordinates.

A geometric proof using vectors will often require calculating the location of a point using given vectors. It may be required to show this point in terms of its relation to other points or vectors.

Draw vector diagrams, labelling them with all known vectors. Move along the known vectors between given points, checking that the movement is in a positive or negative vector direction. 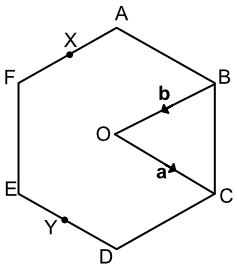 Write all the steps as a proof.

AOCB is a parallelogram. Point X divides AC in the ratio 3:2. Point Y divides CB in the ratio 2:3. Prove that XY is parallel to AB. 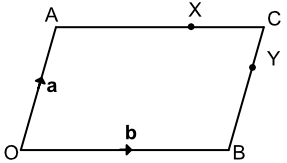 All the steps need to be shown as a proof