An angle between the tangent and the chord is therefore equal to the angle in the alternate segment.

DC is a tangent to the circle. A triangle ∠ABC has points A, B and C on the circumference of a circle with centre O.

Let the angle ∠ACD be `x`. Add a triangle AOC with the angle ∠OCA as y.

Bisect the triangle ∠AOC from the centre: the triangle is an Isosceles triangle and the bisecting line meets the chord at a right angle. Let the bisected angle have a value of `z`. 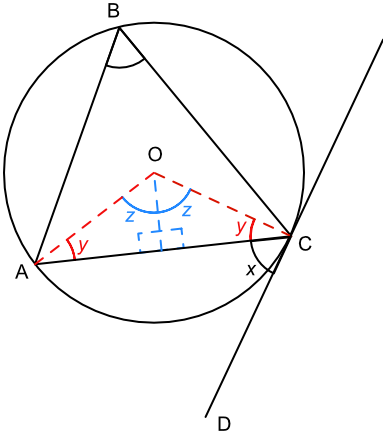 ED is a tangent to a circle, touching at point A. Triangle ABC is a triangle proscribed within the circle. Angle ∠DAC has a value of 59º. What is the value of angle ∠ABC? 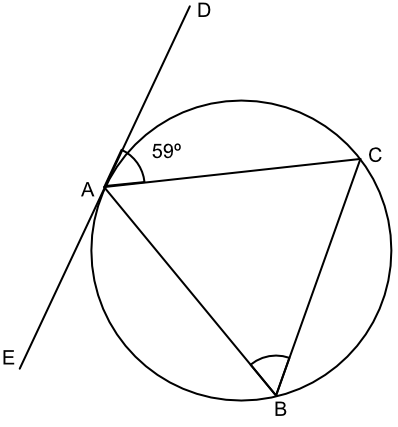 Alternate Segment: the angle between the tangent and the chord is equal to the value of the angle in the alternate segment.

What is the value of the angle ∠DAC, when DA is a tangent to a circle and ABC is a triangle with points on the circumference of the circle? 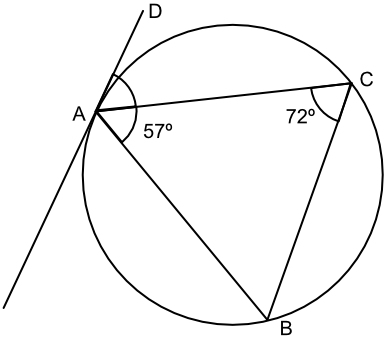 The angle between a tangent and the chord is equal to the angle in the alternate segment.