Triangles can be divided into two smaller triangles: 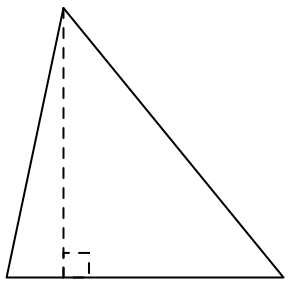 If angles are given, the sin rule or the cosine rule are more likely to be used to solve problems involving triangles.

A triangle ABD is shown below. A vertical line dropped from A intersects the line BD at C. The ratio of the lengths BC:CD is 2:7. What is the distance BD? 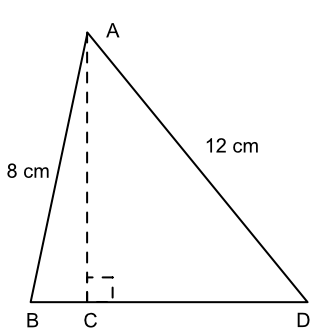 Let the distance BC be 2y and CD be 7y

What is the area of the triangle ABC, shown below? Give the answer to 1 decimal place. 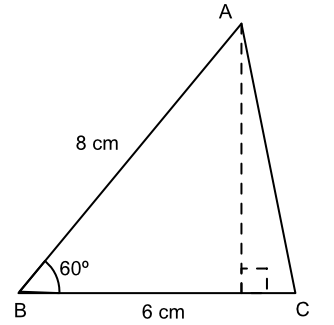 Draw a vertical from A. Let this be length x

See also Cosine Rule and Area of Any Triangle